Opportunity for an experienced CFO to join a new start up in the dairy sector that is using the latest technologies to make world class nutritional products. Plenty of opportunity to make your mark and contribute to the growth of this exciting new entity. If you are keen to discuss further feel free to message Patrick Methven. 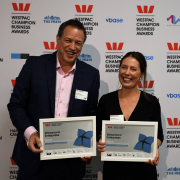 Small businesses have little faith in the Government’s new Business Advisory Council as it tries to win the confidence of business.

He said the new business council would do “zero” for business confidence.

“A concern is that it could become a big business advisory council, especially when you put someone like Christopher Luxon in charge.”

Ardern said the council would provide her with “high-level free and frank advice” on key economic issues and harness expertise from the private sector to develop the Government’s economic policies.

Thompson said it was important the council included members from manufacturing and the regions.

“The danger is that it becomes a white collar advisory council, not blue collar manufacturing, which doesn’t then doesn’t really help the work forces that they say they wish to help,” he said.

Ardern said the council would provide a forum for business leaders to advise her and the Government “and join us in taking the lead on some of the important areas of reform the Government is undertaking.”

“In my industry compliance costs have been going through the roof, with new regulations around money laundering. It feels like we’re bombarded by extra regulation and that can really knock your confidence down,” Crawford-Errington said.

“Small businesses are the grass roots of Kiwi business, but we still see chief executives of big companies on councils supposed to help us. No one is really listening to us.”

Crawford-Errington mostly deals with start up companies who had also complained about compliance costs around employee benefits such as extended parental leave and domestic violence leave.

The prime minister’s Business Advisory Council would complement the Small Business Council, which was set up earlier this year.

But Crawford-Errington said there was little information within the small business community about the Small Business Council.

Echelon group in Christchurch specialises in recruiting for SMEs and director Patrick Methven said the prime minister’s speech lacked policy detail on how the Government planned to tackle issues such as industrial relations.

That created uncertainty for the business community.

“There’s this business council and the fact that the bargaining arrangements are only going to apply to one or two sectors.

“There’s uncertainty around what all these advisory groups and reviews and groups are going to dish up.”

But younger businesses owners felt the Ardern’s announcement brought a broader view to New Zealand than previous governments and would not have a negative impact on their operations.

In Auckland, florist boutique Rose Tinted Flowers owner Rosie Holt said business had its good and bad days, but she was hopeful the new advisory council would bring a positive flow-on effect to small businesses.

“You’re always a little wary when a new Government comes in because small businesses can be so fragile to changes. Changes to the minimum wages has stressed out some businesses but we already pay our staff the living wage so it didn’t really make a difference,” Holt said.

“[The council] probably won’t affect us directly but I’m hopeful it will bring more investment.”

“I’m not sure how the council will help small businesses, we don’t want to feel ignored or discouraged.”

“It’s scary going out and starting a business. It’s a huge gamble, and I don’t think young people have enough support in the small business space from the Government,” Stanford said.

Ruben Bryant owns fashion store Good as Gold in Wellington. He encourages the Government to to learn from other countries, like those in Scandinavia, that are leading the world in business.

“We are a small isolated country, so lets look at some other places that are cranking and try to mimic some of the things that they do,” Bryant said. 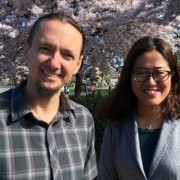 Mataura Valley Milk is attracting top talent to Gore as part of its $240 million partnership to produce premium infant formulas for the world’s most discerning markets.

General manager Bernard May said highly qualified and experienced staff had to be recruited to manufacture premium nutritional formulas.

“These people could choose to work anywhere in the world but are choosing to take up the opportunity to be part of developing the world’s best nutrition business right here in Gore,” May said.

Mataura Valley Milk would employ 65 people, with the most of the positions to be filled by the end of the year, he said.

The project is expected to contribute $90 million to the Southland economy each year and is already pumping millions of dollars into Gore through contractor, sub-contractor and service industry work at the McNab plant site.

May said the nutrition plant was highly specialised and unlike any other in Australasia.

“It’s not a dairy plant – it is a nutrition plant. We will be making premium nutritional formulas that sit at the highest end of the nutritional dairy product mix, focused on the premium to super-premium end of the consumer market.”

Technical manager Matt Steven moved south from Canterbury this month and will be joined by his wife, Jo, who is taking up a quality technologist role with the company.

Steven, who has a PhD in Food Science, worked for Nestle in Switzerland for a decade, and has spent the past two years with Synlait in Canterbury.

The couple love their outdoor activities, including whitewater canoeing, skiing, tramping and mountain-biking.

“Anyone who has spent any time in Gore absolutely loves it. It’s easy to get around, you can have a great lifestyle, and you’re not always stuck in the car,” Steven said.

Technical officer Susan Wang, who has a double PhD in molecular biology and veterinary science, also jumped at the opportunity to live and work in Gore.

Wang, from Beijing, is living on a farm near Gore with a local farming couple.

“I’m passionate about animals and have always felt a real connection to them.”

She is enjoying the Kiwi lifestyle and is slowly exploring Southland, including a trip around the Southern Scenic Route, and intends to visit as much of New Zealand as she can.

Wang said she hoped to contribute to the continued growth of knowledge in the nutritionals industry in New Zealand.

Production is set to begin next August, with about 30,000 tonnes of infant formula will be manufactured each year at full capacity. The plant will process about 500,000 litres of whole milk a day while producing nutritional products.